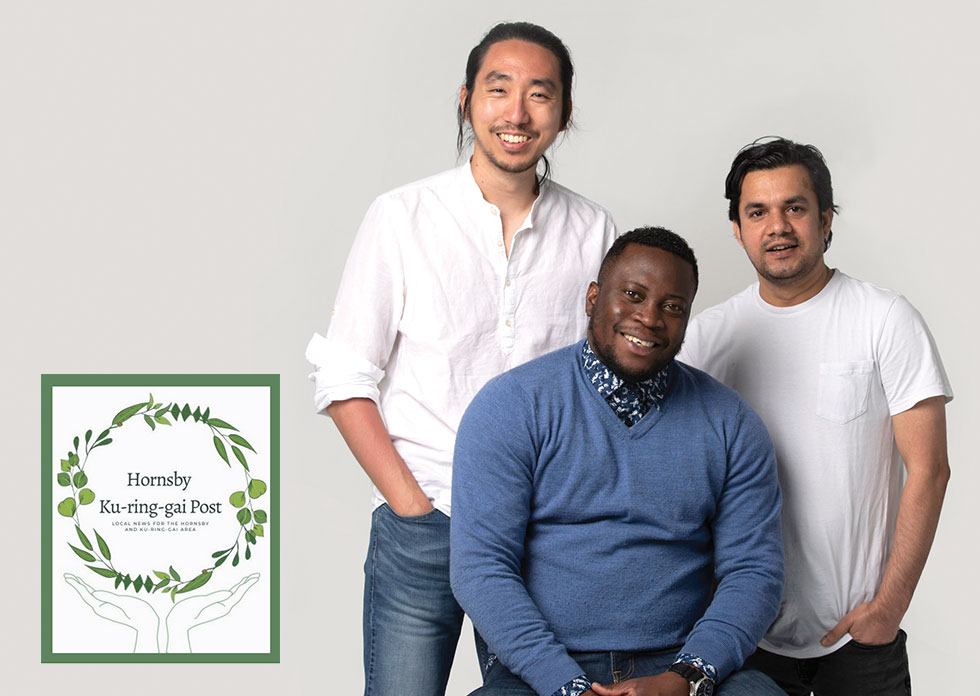 They talk about the success of our Cocktail Fundraiser in April. Read the full article below.

MENTORING Men hosted a cocktail fundraiser at the Grace Hotel in Sydney’s CBD on Saturday, April 24 to raise funds for their unique mentoring programs.

The event, which was put together in less than eight weeks and attended by nearly 200 people, raised more than $40,000 through ticket sales and a silent auction.

The organisation’s mission is to support men in their life journey. They believe all men should lead a connected and fulfilling life.

The core of Mentoring Men is to provide a trained volunteer mentor to support another man for a oneto-one mentoring relationship. “Men are far more likely to open up in a one-to-one mentoring approach,” Mr Westmoreland said.

Most of the men being mentored have experienced loneliness, grief, relationship breakdown, job loss or may just be stuck in life. The program focuses on early intervention and prevention.

The funds will ensure that Mentoring Men can continue to support men in our local community who may be struggling with their mental health or need support.

Mr Leeser shared his own experiences with the room about suicide and men’s mental health, having lost his own father to suicide at the age of 15.

“If I could rewind the clock in any way, it would be to say to my father, ‘Are you OK?’ or, confrontingly, ‘Are you contemplating suicide?’” Mr Leeser said.

“We may not have saved his life but had someone at least reached out to him, that was the best chance I believe we had to save his life, and that is what you are doing here for Mentoring Men.”

“In particularly dark and difficult moments, having a mentor you can relate to is so vital,” Mr Leeser said.

Later, Hornsby local and asylum seeker Raphael Manirakaza engrossed the room with his story of survival and hope.

Raphael grew up in a politically active family in Burundi. At 23, he was arrested by the government for political reasons and tortured.

Raphael also discussed the difficulties men in his culture face when asking for help.

“In my culture, men are not allowed to cry,” Raphael said.

Also speaking on the night was Shay Hare, an inspiring young man who founded the 25twoZero Movement in honour of a co-worker who had died from suicide. He has set himself the goal to run 2520km this year. Each kilometre ran represents every male who has lost their battle each year.

Shay’s goal is to increase awareness, change the way men talk about their mental health and raise funds to help reduce the numbers of men in crisis. All funds raised from the campaign will go towards Mentoring Men.

Julian Leeser spoke about the new initiative of 25twoZERO in Parliament on March 25. In 2019, more than 2500 men died by suicide in Australia, 25two ZERO aims to cut the number of male suicides to zero.

He went on to say that the “initiative encourages widespread community engagement in physical exercise to reduce levels of anxiety and promote wellbeing. Exercise is the common bond for all men and women to take part and make a difference.”

The initiative calls for team members taking part to do any form of exercise be it walking, cycling, swimming, sit-ups as long as it has a measurable target of 2520 to focus on the underlying importance of the movement.